In-Character message board for the The Crimson Circle. Posts made here are considered physical messages upon an in-game message board. 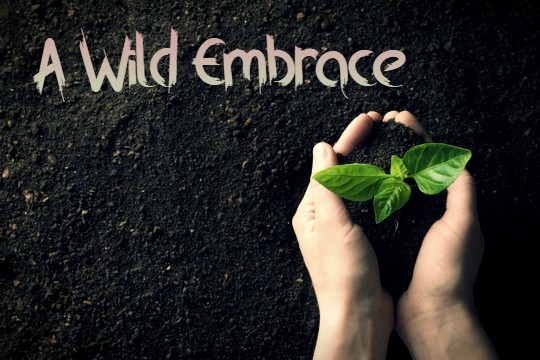 With a small mattock in hand, she carefully dug around the vine's roots and slowly, bit by bit, pulled it out of the ground. The soil and dirt stuck between the root was all mushy, so she gently wrapped a piece of clothing around and stored it in her basket along with the rest of the samples. She finally stood up and gazed upon her dirty hands with dirt firmly stuck under her nails. She took a few steps to a stream that was running nearby. The pristine water was joyfully running between the boulders and stones. She finally dipped her hands into it and waited a moment for it to calm down. A dark silhouette finally appeared in this watery mirror, revealing her weary face. A hint of a smile was enough to bring light back to her eyes, with a satisfying feeling of relief and accomplishment. She pulled herself up, washed her hands in the apron, and returned to her basket. An assortment of various seeds, plant specimens and vials with strange particulates were somewhat orderly collected in labelled. She closed the lid and bonded the basket with a rope.

The Northern reaches of the Province a colder climate compared to the lush south. The vegetation here is plain and sturdy and seemingly more resilient, which was beneficial to the task at hand. Ever since a small group of Westerners found themselves in the Province all those months ago and set up home, The Glade, in next to the southern marshes, the forests that enclose the clearing have provided the necessary protection. But with the newly constructed roads and an influx of people to the area, a safer solution had to be found. In the past few months, a collection of various plants and vines has been gathered with one purpose: to thicken the vegetation around The Glade that would act as a natural barrier to protect its inhabitants.

Ashi tied her sickle firmly under the wrap on her back, picked up her satchel and a basket with the samples and finally started moving back South, back home.

[ooc info]
If you have a character, interested in agriculture or horticulture (or one that is just generally helpful), you are more than welcome to drop me a DM on Discord (Cons) so we meet IG and see where this takes us. Looking forward to introduce more people to the Glade.
Top

The night was bright with Moon at her fullness. The man moved silent as a shadow amongst the trees of the wood. Stealthily he crept along the edges of the clearing and the edges of the Wood. Mother Made life more abundant at the edges. It was Mother who had called him in the song of the SongBird to collect of the strength of Tenabrae Wood and the edges thereof. The man had woven a living roof of vines and branches to shade the blessed pool from the direct sunshine for the cuttings to rest and to gather their strength and put forth shoots of nearly invisible roots they would need in their new homes. Glad of heart to be at the work of strengthening the Balance, the man accepted the starts that the Wood offered with a grateful heart as they nearly lept into his hands as he bundled them and set them to gather their strength in the pool, the comfrey ...strengthener of all her kindred about her healer of man and beast, yarrow ......she who cleansed the wounds of man, burdock who eased the pain of the burn and wound, Black berry who gave of her fruit to cheer the heart and fill the belly and grow tall and stout to make a prickly barrier, the strong and blessed honey locust he gathered in great abundance for it seemed Mother would have him give these all a new home in a new place to strengthen sisters and brothers who sat at another campfire but Mothers campfire all the same. These he gathered and set to rest in the pool until Mother would show him where their new home was to be, and as Sun crept near the dawning he crept back to his own place of resting and waiting on Grand Mother.
Top

The last rays of light were flickering between the tall trees surrounding the Glade. That evening light has always brought out the loveliest colours as it bounced from leaf to leaf. Ashi stood at the edge of the clearing, gazing upon the little heaven she now calls home. The seeds she planted a moon ago have already taken root and started to branch and intertwined with one another. The moist and fertile dirt under her feet had expedited the process.

She dug out a few and moved them into small baskets she had previously made from small fallen branches. With the seedlings in her hands, she made her way to the outskirts of the natural barrier. Thick vegetation already present will limit the amount of sunshine that will fall upon the newly planted specimens, but the newly acquired plants did prove to be very resilient before. Pushing herself up, she turned slowly to the left and then to the right. It will be a tedious job but hopefully worth it in the end. 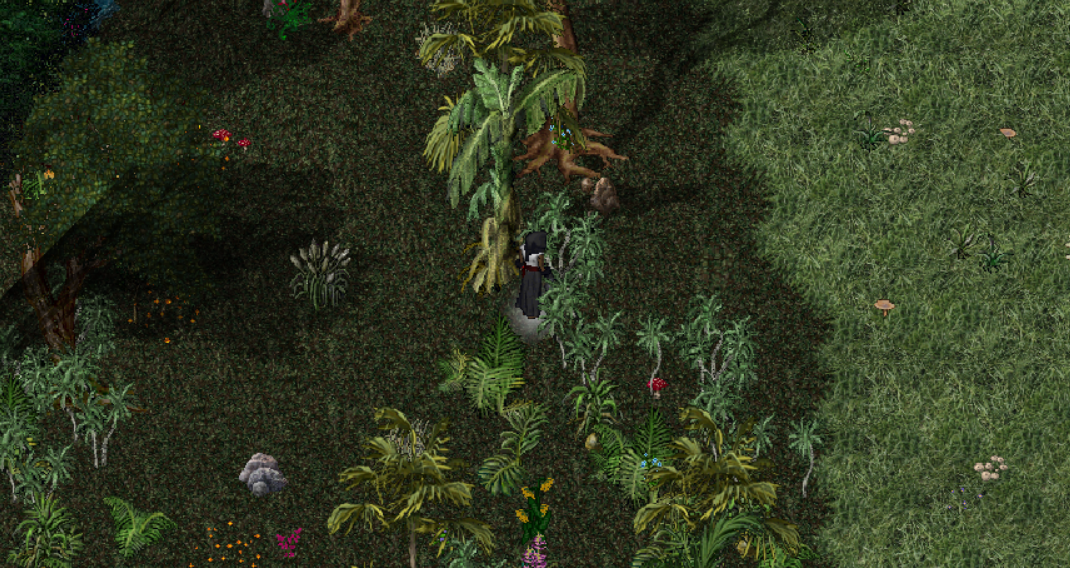 It was tedious work, but the results were already showing. Seedling by seedling, the northern part of the barrier was becoming ever slightly more overgrown and, therefore, much more difficult to pass. The pace at which the vines were intertwining has surprised Ashi. It almost looked like something else was helping her, yet she remained oblivious to the shadowy figure that was sometimes lurking in the bushes around the clearing.

With the help of the other residents of the Glade, the planting of the seedling will soon be completed. The focus in the following weeks will shift from the gardens to the library as they prepare for the final ritual.
Top

The man moved now as Grand Mother urged him along. With loaded goats he set out just at dusk; arriving in the southern Glade by the light of Moon. The plantings took to their new homes with gladness and vigor. The man moved along as a shadow as the goats followed nibbling here and there. Each planting was fed from below and watered from above with the blessed water of the blessed spring, with a whispered blessing to grow strong and tall, to work with their new friends to make a hedge about this place. Lastly the man set the comfrey all about at the edges of the hedge to feed and strengthen the living wall with nutrients from deep deep below. He inspected the empty packs and sent the goats to go and find rest in the wood. Then the shadow figure walked the perimeter of the hedge whispering to all of the plants as a community “Grow strong …. Together….. lend your strength to your near neighbors weakness….accept that which is given to strengthen you, grow in stout and tall thick and bound together in Balance…. Blessed of Grand Mother!”
Top

Return to “The Crimson Circle”